The boys completed a 68-mile trek through the Sangre de Cristo (Blood of Christ) Range in the Rocky Mountains. 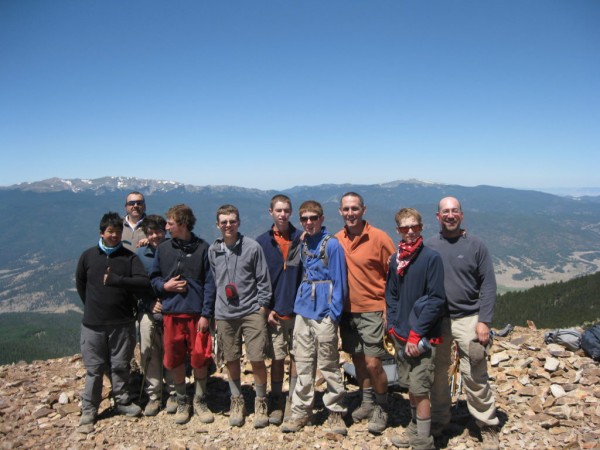 In July, Troop 174 of Simsbury had a group of 10 Scouts and Leaders travel to Philmont Scout Ranch in New Mexico. The boys completed a 68-mile trek through the Sangre de Cristo (Blood of Christ) Range in the Rocky Mountains.

Each scout carried everything they needed for the 10-day trek in their own backpack including their tents, sleeping bags, clothes and food; each boy’s pack weighed 45 pounds.

The ranch, formerly the property of oil baron Waite Phillips and now that of the Boy Scouts of America, is currently in use as a National High Adventure Base in which crews of Scouts take part in backpacking expeditions and other outdoor activities.

It is the largest youth camp in the world by size and number of participants. Each summer between June and August, more than 22,000 Scouts and adult leaders engage in backpacking treks around the Ranch’s extensive backcountry.